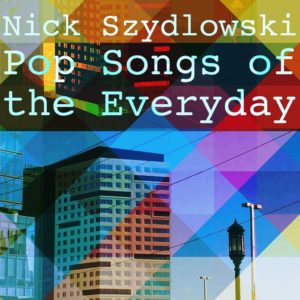 I’m almost done with a new record, which is going to be called “Pop Songs of the Everyday”. I’m super excited about it – it’s the biggest sounding record I’ve made in a long time, and I’m really happy with the songs.

I’m also excited about the idea behind the record – songs that take place, in one sense or another, in the everyday world. What that means, exactly, varies from song to song. Some of the songs describe everyday events, like a long drive in the snow or a walk in the city. Other songs are about the usual topics – love, politics, life in general – but they address those topics in a way that stays, or tries to stay, true to everyday experience.

For me, writing songs that stay true to the everyday was both restrictive and liberating: restrictive because it cut off many familiar approaches and ideas, but liberating when it eliminated the need for every song to have the highest possible narrative stakes, and opened up songs I wouldn’t have thought to write.

Once I started deliberately writing the songs for this record, it became clear that a number of songs I had already written, and even some that I had already recorded, would fit the project, while other songs would not. The non-everyday songs aren’t bad – I like some of them a lot. But they depart from the everyday in some way, often because their characters are too mythological or allegorical for the confines of everyday life. Every real person has an everyday life, but I’m not so sure the same can be said for all fictional characters.

All of this may sound austere, but the sound of the record is anything but – the songs are packed full of sounds and instruments, and each song really has its own sound. I’m excited for people to hear the record very soon!