Sometimes I think of the music I want to do as noise folk, but is that even a thing?  I spent a little time today listening to the noise folk tag on band camp, just to see if other people think it’s the same thing I do.  There’s some intense stuff there, but I wanted to draw what little attention I can to two records that are pretty great, and have a real connection to what I think noise folk might be.

Red Wasp by Victor Florence is sweet and easy, with an edge that feels unforced.  The songs walk the line between worn-in and familiar, and the production style is forceful without being abrasive.  Florence has some other records that push harder against traditional forms and feel more collaged, and those are worth checking out as well.

Tucker Theodore’s To Make the Sun Hurt manages to be more noisy and more folk at the same time. Released as a cassette by Antiquated Future, the record oscillates between lo-if and destroyed, with feedback threatening to overwhelm the sound of acoustic guitar and vocals. Really strong finger-style guitar manages to push through the mix. Field recordings are an obvious point of reference, but the record doesn’t devolve into a genre exercise. Like finding a letter from your great-grandfather under the hood of your car. 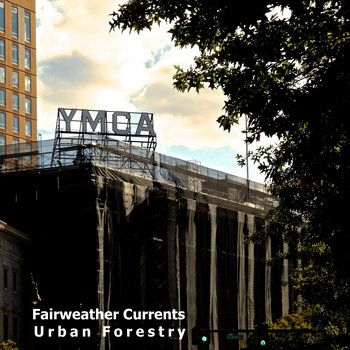 So I’m going to try something new: record reviews!  Starting with something I’m going to call grab bag reviews.  Once a week or so, I’m going to go look at the new records from Boston in Bandcamp, find one or more thing that I like, and do some kind of review.  I’m going to write out my ground rules here, since this is the internet and that seems to be the kind of thing people do:
And so: Grab bag #1: Urban Forestry by Fairweather Currents

Five wordy, hushed, self-conscious, charming, home recorded songs.  The narrative that emerges is of one more college student new to Boston, trying to make sense of a new environment,  The cover is the Huntington Avenue Y.

Dylan Citron sings in a voice so gentle it can seem androgynous and strums on a dry, thin, acoustic guitar.  Crowd noise from parties, distorted drum machines, vocal samples, and slow, melodic piano lines all take their place in arrangements that are familiar but not stale or derivative.

The last song, “The Times Are Never-A-Changin'” drifts slowly over a piano arpeggio, punctuated by the crunching up and down of the piano’s sustain pedal.  The lyrics suggest a young narrator grappling for his own relationship with the violence in the world around him, and the song ends with a brief sample of a gospel recording.  As the title suggests, it’s a protest song that doesn’t know quite what to say, and it’s one of the highlights of a really nice EP.

A song from how it left me blind may be playing this afternoon on the amazing Outlaw Roadshow radio show on WEMF!  You can hear it live from 4-6 PM today.

Hey!  The new record is here.  I wrote a long, self-indulgent post about it below, so now I will just announce it.  Go to the bandcamp page to stream, download for free, or even download for money.  Leave a comment (ok, that is a pain to do unless you have a bandcamp account).  Rock out to it or let it make you cry – it is entirely up to you.

Also, there is a new version of hoteluniverse.org, which you can check out.  It is like this blog, but prettier.  I hope.  Not sure what else to do with that page – maybe more experiments in the future. 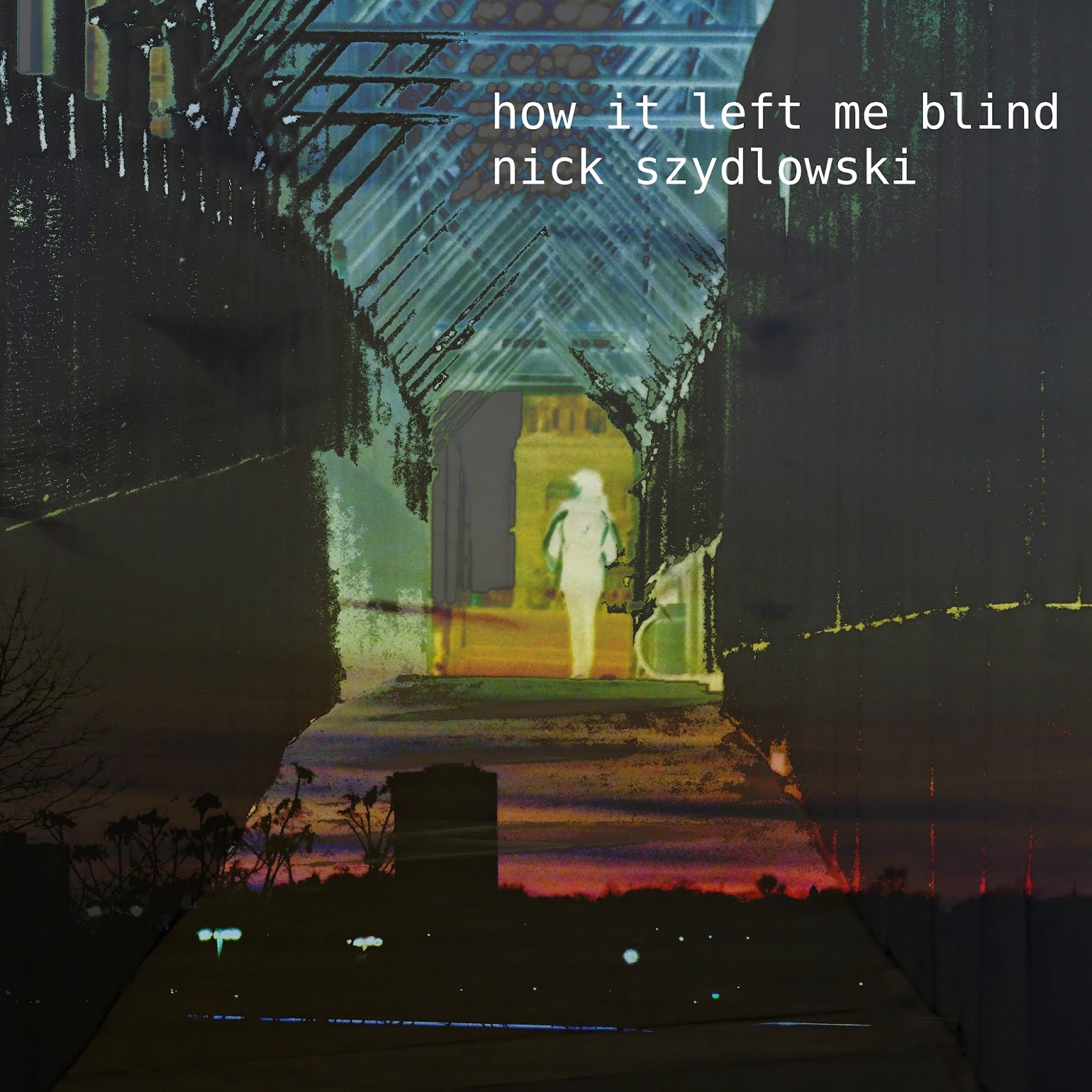 Brief thoughts on the death of Amiri Baraka:

I tend to see Amiri Baraka as, first and foremost, a poet. Like his verse, his prose carries a fire and intensity, a distinctive language. So, first a poet, then a writer, and only then a political figure.

This way of seeing Baraka is a personal preference, but it is in contrast, I think, to the obituaries I’ve read, which focus on his involvement in political controversy. This view – that he was a political person who chose to take action through writing – robs his work of its greatness and importance. He was a poet whose subject was often, maybe most often, righteous anger at political injustice. The depth and purity of that anger remains fresh in his writing. It is not the routine, professionalized complaining of activists (though that has its uses) but the burning fury of a soul that just missed being destroyed.

The cliché says that poets were once the unacknowledged legislators of the world, but that they no longer are; that poetry mattered once in a way it no longer does. But maybe what Shelley’s quotation means now is that change starts in the gut, and that poetry, or something like it, is the way that a person comes to understand what another person feels at the most fundamental level. Baraka wrote from the gut, and he should live on as a poet, not die as a politician.

I made this video for a new song called “alias” which I’m putting out under a new name (“pajams”) I may or may not use for future instrumental electronic releases.

I made the video using Quartz Composer, which is really great and worth checking out if you have access to a Mac.

There is a review of Past the Road on The Modern Folk Music of America!  It calls the record “a heartfelt, urgently sung record of classic bedroom folk, in the tradition started by the likes of skip spence and nick drake and carried on by generations of four-trackers”, which I thought was really nice.

I saw this show last summer, at the Weeksville Heritage Center in Brookyln.  You can hear people laughing when Willis Earl Beal starts to sing.  His performance was both awkward and great.  He wore a cape, and at one point he brought out a whip.  The opening band was a really slick jazzy R&B outfit with a large band, but Beal mostly sang over a reel-to-teel tape deck.  He played guitar lap-style on one or two songs, in a way that suggested someone eating with the wrong end of a fork.

The Pitchfork review of Beal’s new record contains the sentence “At one point last year, he even told Time Out Chicago he wanted to be an outsider artist, somehow forgetting that one of the conditions of being an outsider artist is not knowing you’re an outsider artist.”  But is it really possible that celebrated outsider artists, the famous ones like Daniel Johnston or Thornton Dial, don’t know how they are described by the art world, that they are somehow shielded from the many portrayals of themselves and their work that have appeared in various media, or, even more outlandish, that they somehow aren’t capable of understanding those portrayals?  These are not stupid people.

But why would someone like Beal, blessed with a booming and versatile voice and skilled in a popular but rarely-heard-these-days vocal style, want to be an outsider artist?  What is the benefit of being an outsider when you might be able to be an insider?  He could sound like Aloe Blac if he wanted, right?  Well, one of the advantages is awkwardness.  This is a particularly powerful strategy in popular music, where being able to portray a cool person is a prerequisite.  If you don’t have to be cool and everyone else does, you can do and say a lot things other people won’t or can’t.

Of course, not all of what is considered outsider art is awkward.  Thornton Dial’s art isn’t, but Daniel Johnston’s art and music often is.  Still, the freedom to be awkward in performance may be one of the reasons Willis Earl Beal says he wants to be an outsider artist.

What happens when awkwardness becomes an aesthetic strategy?  What is the difference between a confrontational performance and an awkward one?

To not be elitist and make art: believe that everyone else who wants to should make art too.  Appreciate and enjoy awkward art projects.

To be elitist and make art: think that only some people can make art, and that making art makes you special.  Mock or deride awkward attempts at art.

I was reading Tao Lin today and thinking about this.  Resisted the urge to put “meritocry” and “great art” in quotes.  Maybe I will work on some posts about awkward art.